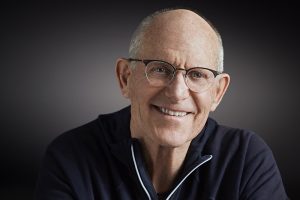 Bob Carmichael is a Director, Cinematographer & Photographer. He has an Academy Award nomination and an Emmy Award to his credit along with 7 nominations from the International Master Color Awards for his sports and landscape still images and 7 Silver Telly Awards for Web content. He is a member of the International Cinematographers Guild (Local 600), the Directors Guild of America (DGA), and the American Photographic Artists (APA). He is an experienced director with deep roots in adventure filmmaking having created one of the first televised rock climbing films dating back to 1972. When he completed this initial film, he hitched hiked to NYC with the film in his backpack and sold it to CBS Sports. He has documentary production as a director/cameraman and producer and action TV 2nd unit as a camera operator. His documentary work which involved National Geographic, 60 Minutes and PBS grants lead to attention by the NYC/LA commercial arena where Carmichael working as a staff director for Fairbanks Films, Paramount Images and Dream Quest shot spots for such clients as Sprite, Molsen Lite, Walt Disney World, Seaworld, Hawaii Tourism, Mexico Tourism, Oklahoma Tourism, Virgin Island Tourism, EA Sports, Mild Seven, Cadillac, Ford, Reebok, US Marines, Bayer Asprin, Adidas Men’s Cologne, USA Cycling, Kawasaki and the creation of a 70mm special venue film for the Daytona Speedway about the Daytona 500. Carmichael is an expert on action in skiing, conventional sports, automotive, marine shooting, climbing and aerial sequences. He has directed several feature 2nd units for such films as Star Trek V, Navy Seals, Queens Logic. He is also skilled in working authentically with on-camera talent who are both trained or real people. Carmichael lives in Boulder, CO. where he works out of Carmichael Productions, Inc. For more information see bio and Director/Cameraman reels above.

– THE DIRECTORS GUILD OF AMERICA –